What Is Lean Manufacturing?

Many people involved in the manufacturing and production industries are at least somewhat familiar with the term “Lean Manufacturing”. Most of those people know that Lean Manufacturing is almost universally acknowledged as being born and reared in Japan.

Waste encompasses far more than scrap product alone. Waste is all of the following and more:

Waste can even be asking people to perform three tasks at the same time. It's along the lines of no one being able to serve more than one master. Attempting to tackle three things simultaneously means all three things suffer and no one job gets the full attention it deserves. I could go on and on. (*Note how many of these examples of waste include ‘un’ somewhere.)

Lean Manufacturing is a much easier concept to grasp and embrace when we think like our customers think. Customers pay us for products and services. Period. They don’t pay us for any part of waste, whether that waste comes from misuse of resources, time, or materials. Customers only pay for value. As manufacturers, we would be wise to follow that line of thinking. While we all seek value, we all pay for waste, whether we recognize it or not.

The intention of Lean Manufacturing is to continuously improve (a philosophy called kaizen in Japanese). Improve those factors that add value to products and reduce or remove (improve or eliminate) those factors that do not add value. Those elements that waste precious resources.

It is also widely believed that not all aspects of Lean Manufacturing came solely from the Japanese.

Dr. William Edward Deming is credited with much of the evolution of this way of thinking. W. Edward Deming, was born in Sioux City, Iowa and educated at the University of Wyoming and later Yale University. Often called the ‘Father of Quality’, Deming tried to share his philosophy with American manufacturers.

After receiving their, “Thanks, but no thanks.”, Deming took his ideas to Japan. Deming was a highly successful business consultant and a leading pioneer in the field of quality. He was a statistician and leading management thinker whose philosophy and methods aided tremendously in Japan’s economic recovery following the Second World War and is still felt all these years later.

Back to Toyota and the Toyota Production System (TPS). Toyota has spent many years defining, implementing, and improving TPS. The steady growth of Toyota from a small regional company to the world’s largest automaker is a testament to the success of TPS. This phenomenal growth and success garnered worldwide attention for not only Toyota, but also for the vehicle through which this success was achieved (pun intended).

TPS focuses on continuous identification, reduction, and elimination of the original Toyota seven wastes. TPS demands never being satisfied with the status quo, as there are always opportunities for improvement.

Toyota, and by extension, TPS, continues to improve and evolve. Not only is Toyota the world’s largest automaker, it is currently the most successful and profitable automaker in the world.

A Lesson in Lean

Since this is a blog and not a documentary, let me share my personal introduction to Lean Manufacturing with you. I was a wee lassie happily toiling away in a big factory. The first I’d ever stepped foot into in my life.

Oh, sure, I was a bit intimidated at first. But before long, I was a lifer. A manufacturing junkie. I could not get enough. I LOVED it!

We worked really hard. We built a great product. We had a big honking slice of the market. We had happy customers. We were happy and pleasantly plump.

Then one day, something changed. And pretty soon, everything had to change. Our business became increasingly competitive. Some other companies learned how to do what we did. Not as well, of course. But for less money. And they were pretty fast too.

I’m not going to try to kid you. It was a little scary. Lean Manufacturing? Is that the same as forced reduction, like the kind of diet you don’t want to start?

It was unknown, unfamiliar, different. Where did we begin? Some of the people I worked with were really scared. Many of them had worked there for a long time and many of us thought of it as the best job we ever had or ever would have.

In hindsight, perhaps the transition was a little easier for us because we knew we had to get better and we had to do it in a hurry.

You know what happened? We did it! We learned. We got faster. We worked smarter. We got better. And no one lost their job. As we identified waste and eliminated non-value-added opportunities, some of us moved to new jobs. Some of us learned new skills. Some of us did things we didn’t think we were capable of doing previously. We weren’t scared of LEAN anymore.

Here are a few things we learned.

Want to see how you can seamlessly integrate lean principles into your existing operations? Check out L2L's revolutionary Lean Execution System software--made on the plant floor, for the plant floor. 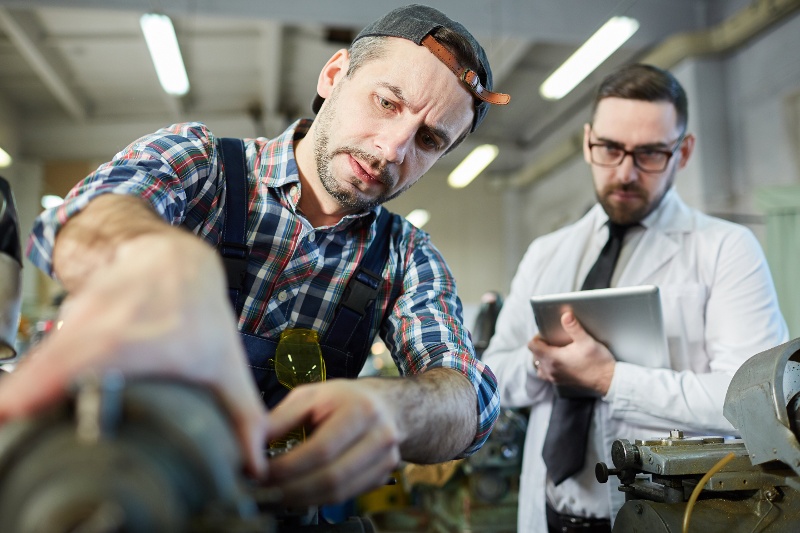