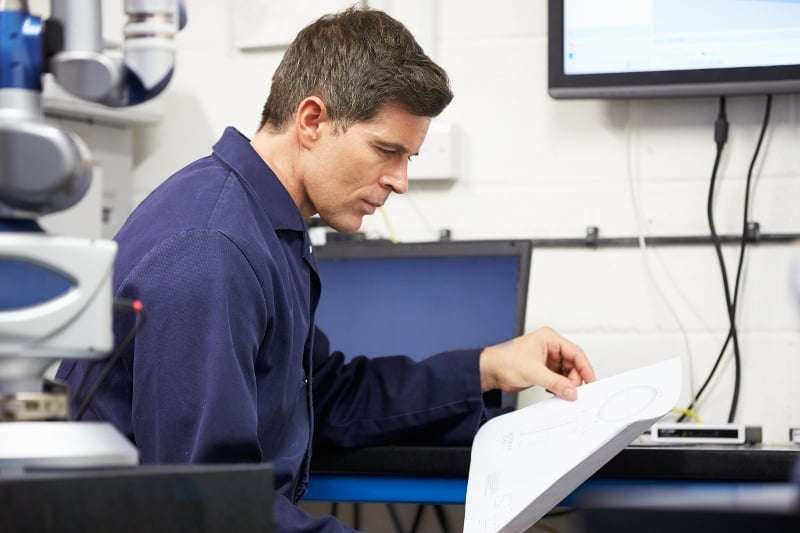 A production line goes down and maintenance is called over the radio. Thirty minutes go by, but nobody shows up. The Production Supervisor then contacts the Maintenance Manager, who scrambles to find a technician to check out the issue because half his team is out during hunting season. Sixty minutes later a Maintenance Technician shows up and begins to troubleshoot the issue, and goes to find a spare part.

The technician comes back with a part and changes it out on the machine, but the issue isn’t resolved, so he goes back to troubleshooting and calls an engineer…3 hours later, the machine is up and running.

Production records four hours of downtime, the next fix is urgent so a work-order never gets recorded, and a spare part was lost that didn’t need to be used.

CMMS systems are meant to simplify maintenance management, but a traditional CMMS is hard-pressed to achieve this. In this post, we're addressing the most common CMMS maintenance issues.

The challenges that maintenance teams face come in many forms, but there are six that we’ve found to be most prevalent:

Do you feel like the software systems you use at work are outdated and difficult compared to those you use in your daily life? That it’s easier to write things down on paper and enter it later? Or even choose to not enter data because it takes up too much time?

Well, the truth is that manufacturing software has not progressed at the same rate as other industries. If you've ever felt like CMMS makes maintenance more of a chore, that's why!

2. Under the gun to reduce costs

The world of manufacturing is becoming much larger and companies are having to compete on a global scale. This means that companies cannot afford equipment downtime and they also can’t afford to increase costs. This results in maintenance managers being tasked to do more with less.

I’m sure you’ve heard the saying that if you're not growing you're dying. In the manufacturing world, if your company is not growing then someone will take your business from you.

In order for companies to grow, the approach to CMMS maintenance needs to change and grow with the company. If you're still using a traditional CMMS, maintenance will not be optimized and you'll remain behind the times.

4. Need to keep a new generation of technicians engaged

Is your seasoned workforce starting to enter the retirement phase? And the up and coming generation of workers seem to have different expectations?

One group that would rather write with pen and paper and the other group can’t imagine having to write things down. Choosing a modern, intuitive CMMS is critical to keeping your future maintenance team satisfied.

Do you ever feel like the time and energy spent putting data into your CMMS is not bringing you value? You’re not alone. With most CMMS, maintenance is able to capture data but can do very little when it comes to pulling data and/or presenting critical information back to the maintenance team.

This is especially true when it comes to making key data available to aid technicians during downtime or preventive events.

Can you rely on your CMMS system to manage spare parts?

With Next-Gen CMMS, Maintenance Can Thrive

Traditional CMMS is bound to let you down for all the reasons listed above. It stands to reason that a next-gen CMMS would address all these issues by:

Manufacturing can be pretty difficult, and the same challenges have persisted for businesses everywhere. Equipment...

Can a custom app change your workers' satisfaction with their job? With L2L Studio, you can create...