A Tale of Scheduled Maintenance 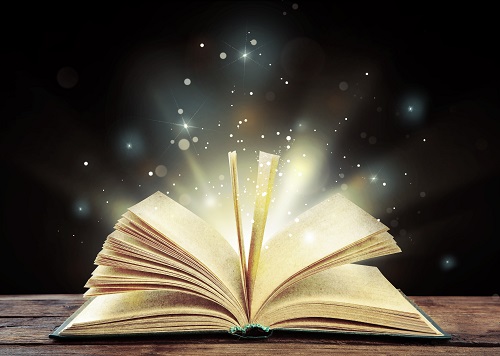 Let me tell you the story of my best friend in the whole wide world, Scheduled Maintenance. Once upon a time, in a land far away, lived Seven slightly undersized fellows. No, wrong story. Once upon a different time, lived a young person who worked seven days a week, although he often thought of it as eight days a week. Yes, this is the right story. That youngster worked very hard, all the live long day. Every live long day, as a matter of fact. No, he was not working on the railroad, although sometimes it felt like he was being railroaded. But, I digress. Back to Scheduled Maintenance.

Then, suddenly, out of nowhere, there came a glorious light! It was magnificent! It seemed to be coming from a tunnel. Wait a minute. A tunnel? What is that tunnel doing in the middle of our factory story? And why does that light look like an angel? "Is this Heaven?" the youngster asked, all the while thinking to himself how often he had hoped to live long enough to see a real weekend. He'd heard so much about them. Shucks.

The angelic light had a voice and she started talking. This was getting better and better by the second! "Good morning everyone! My name is Vision, Goodness Vision. But my friends call me Goodness. I'm your new Operations Team Manager and I'm so happy to be here with all of you!" There were some murmurs in the crowd, and comments like, "Oh, great! We get to train another boss so she can get promoted out of here, again." Goodness asked, "What do you think about Scheduled Maintenance?" Nothing. "Okay, how do you approach Scheduled Maintenance then?" Still stuck on their new boss' name, this elicited other comments like, "Good Vision? Is this some kind of 2020 joke?"

Goodness hadn't just fallen off a turnip truck. She knew what they were thinking and dove right in. "Tell me all about what you do to make your work lives easier," she said with genuine interest. More murmurs and talking under their breath. Finally, a young person spoke up. "We mostly try to work as hard and as fast as we can to build as many gizmos as we're supposed to build every day. We keeping hoping the Big Machine will not stop running for a change. But that doesn't happen very often." Nodding heads, shaking heads, defeated looks, someone started biting their nails.

"How does your Scheduled Maintenance help keep the Big Machine running?" Some snickers, a couple of snorts of derision to keep from crying, and one person tried to crawl under a locker. Scheduled Maintenance, humph. These folks knew all about the legendary 'Maintenance Guys'. Some had even caught a glimpse of one or two of them as they raced across the shop horizon, just out of earshot.

We have Maintenance, but they're way too busy. We have to wait until it's our turn. They don't have enough people either. Sadly, pretty standard stuff and nothing Goodness hadn't heard before and lived through herself. Now it was time for Goodness to tell them a story.

A Tale of Life WITH Scheduled Maintenance

Goodness watched for reactions from her Team as she began telling her story. "I came here because I think I can help you. When is the last time any of you had a day off? A real day off, like the whole day? An entire weekend?" Crickets. At least this one has a sense of humor, they thought. Just let us get back to work.

"Let's start with Big Machine. What causes it to stop running the most often?" And so it began. It didn't take long for the Team to tell Goodness what their biggest problems were.  They knew what the problems were, because they kept track of each incident and how frequently it occurred, just in case one of those elusive Maintenance Guys ever had a chance to stop by. For the most part, the Team knew what needed to be done, but were never allowed to stop the Big Machine on purpose. They had so much unplanned downtime, why would they plan more downtime?

So, they wrote a list of all the causes of stoppages. Then they put together a list of all the things they thought they could do to prevent those stoppages from occurring. Then they put together another list of things that only the Maintenance Guys could do. Within that list, they figured out all the stuff they thought they could do if the Maintenance Guys had time to train them.

They also wrote down a bunch of times on the calendar: breaks, lunches, safety meetings, start of shift stretches while they heard about what happened on the previous shift. When they added all these times up, they discovered a whole lot more available time then they had thought. What a great realization! Maybe she was Good after all.

Once they had begun these Scheduled Maintenance activities, things started to change. The Maintenance Team was more than happy to turn over some minor, routine tasks to Vision's Team. The tasks weren't difficult, but they could be time consuming, especially when they had to try to do them during their commutes between fires. When these jobs were approached as Scheduled Maintenance, they didn't seem to take as much time, since the people were right there, they knew what had to be done, and had the tools to perform the work.

Now, don't read ahead and spoil the ending. As they continued to add more and more tasks to their Scheduled Maintenance, more changes occurred. Everyone seemed happier to see someone from Maintenance, and Maintenance no longer got annoyed when someone from Vision's Team approached them. There were reports of people smiling and someone was heard whistling. Getting and giving pats on the back became part of a regular day, like a shared secret, and they felt great!

Since the dawn of time, even before the beginning of L2L, Maintenance and Manufacturing have sometimes been at odds. Scheduled Maintenance has been a big factor in changing this history. Other teams have noticed what's going on with Goodness Vision's Team and are taking similar steps. Mr. Justin Time and his team have been coordinating with Truckers R Us, their transportation people, to make sure they have Scheduled Maintenance plans in place. They have all but eliminated expedited shipping, thereby reducing costs and overtime. The purchasing folks have even bought in, making sure everyone has what they need when they need it.

Vision's approach really gained traction when her Team was seen heading toward the door on a Friday. Waving and high-fiving each other as they said, "Have a great weekend!" was like the shot heard round the world. Everyone wanted a piece of this action!

Scheduled Maintenance in Your Plant

Where and how can you use Scheduled Maintenance in your plant? In some places, your scheduled maintenance will be based on how much time has passed since the last tune up, repair, or replacement. With some machines, it will make more sense based on number of cycles. Goodness Vision even incorporated her own Leader Standard Work into her Scheduled Maintenance routine. She worked with her colleague, Quinn Adams (QA for short), to establish Scheduled Maintenance protocol and activities in his department. That has really streamlined their inspection procedures and improved morale.

Whether it's time or cycle based PMs, Leader Standard Work, preventive or preemptive, scheduled maintenance is the way to go. Use the Scheduler Module in L2L to plan, schedule, and execute it in your plant. It's time to take charge and get that weekend back where it belongs!

Goodness, vision is great to have, isn't it? Make sure your Scheduled Maintenance helps you look back on 2020 knowing your future looks bright!

“You're not going to be able to exist as a company unless you can drive improvement," says Bryan Crowell, General...

“The savings we’ve experienced have been directly and indirectly influenced from using the Leading2Lean system,”...

Speed, Velocity, Pace, and Momentum. All of these words describe how fast you or your organization is getting...