What's in Your OEE Dashboard?

OEE has often been misused and misunderstood at the plant level. This metric (Overall Equipment Effectiveness) is sometimes used as a "stick" rather than as an indicator of where help is needed.

OEE is also a complex metric that uses many calculations and numbers to arrive at a single digit result that many believe is the tell-all about the site performance. For these and many other reasons, OEE is not often used or fully understood on the execution side of the business, the plant floor.

The result is that the metric is often hidden from the very people who need to be aware of it the most.  If the people on the plant floor aren't given the OEE data, they are powerless to change or improve OEE.

Is OEE a Foreign Language to Plant Floor Managers?

This reminds me of a time when I walked up to a production line and commented to the line lead that I noticed that their OEE has dropped. I asked what they were working on to address the decline, and the line lead replied, “Did you just speak some French at me?” Why, oui, yes I did! I guess OEE sounded like 'oui' to him. But as I waited for him to laugh, for what seemed like at least 30 uncomfortable seconds, I came to the conclusion that he either didn’t get my clever banter or he really didn’t understand what I was asking. Since my banter was clearly funny, I knew it had to be my OEE question. So I re-framed the question to ask how the line had been running lately.

To this he said, "It hasn't been running so great. Over the past week, we've continuously had problems with the loaders breaking down for this or that. We've also had some scrap that has caused us to not meet the customer demand for the week." So, I learned that, in a sense, he did know what OEE means, just at its most basic level. For me, this meant to keep the targets and focus very transparent for those who are responsible for Quality, Availability, and Performance on the floor. This is not to say that these people on the floor are not capable of grasping OEE as a concept, it means to keep it real for these folks who don't have the luxury of contemplating the meaning of life, along with over analyzing OEE, with their feet kicked up on their desks.

Who uses the OEE Metric, and How?

OEE data is often used in support groups like the following:

Engineering and Maintenance Departments: Both Engineering and Maintenance use OEE to look at what pieces of equipment are not running efficiently, specifically the amount of unproductive time per machine, or line, or area for example. They can then use Pareto analysis to point to where the real problems are. Maybe the equipment is down due to repairs. Or maybe the machine is not running because there are no parts feeding into it. OEE can provide a broad overview to highlight underperformance. Maintenance and Engineering can now dig into the data. Your CMMS should make this data visible to everyone - on and off the plant floor. With data immediately accessible, they now have more detailed information and can better understand the underlying issues to make good decisions on how to address the problems.

Finance: Oh, those Finance folks love to use OEE! It's a handy metric to measure the ROI on capital expenditures. (That's Return on Investment for us non-CPA types.) They review the OEE to determine if they get the return they needed or as a means of analysis to gauge when to buy more equipment. They gotta keep the economic engine turning.

An OEE Can Be a Barometer of Success

In my opinion, it seems perfectly logical that divisional, regional, and/or corporate level operations managers should use OEE as an indicator of the overall health of their business units. However, OEE alone won't tell you the whole story.

OEE can be a helpful barometer to determine where help and additional resources are needed, such as which plants in their business family may be struggling for one reason or another? In this manner, OEE can be viewed as a walking stick used to navigate the Continuous Improvement path rather than the stick used for beatings. "Thank you, Sir! May I have another?" Believe me, non-punitive yard sticks are much better received when 'management' walks out on the shop floor. That way, those sticks that appear to be used as helpful measuring tools, but can also be turned over quickly for rapping you on the knuckles, aren't associated with negative feelings. If you're not sure what walking out on the shop floor has to do with anything, we need to have an entirely different conversation.

The Value of an OEE Dashboard

Operations leaders need a good OEE Dashboard. One that is easy to pull up with data displayed so it is visible to everyone. When OEE is used as an 'overall' guide, leaders can ask better questions. As a tool, it aids upper management to make informed decisions more quickly.

Also, leaders need to have the ability to see all of the plants on one screen. They also need to be able to see a breakdown of the overall score. A lump sum is hard to digest and harder to make sense of. Seeing OEE broken down into the main categories of Availability, Quality, and Performance is far more helpful in telling the real story. An OEE Dashboard needs to have the capability to easily drill down to the site level. Then, drill into the area and line level to quickly see the performance indicators. In doing so, they can understand what questions to ask and to determine what help is needed where to course correct.

A good OEE Dashboard that can be visible from your phone is worth its weight in gold. However, you might get some push-back from the plants along the lines of comparing apples to oranges, and we are different from the other sites because… For these reasons, I recommend a corporate-wide LES system (Lean Execution System) like L2L that can help with collecting the data needed to understand current conditions and to aide in decision making based on data. And what I mean by data is from a system used at each plant and not plant specific excel charts uploaded into a shared folder and presented weekly showing where they are at with their measurables.

How OEE is Calculated

You're going to need to start by creating standards to measure the plants' performance. What is your baseline? Once these have been determined, their performance can then be monitored to reflect the primary factors of OEE as outlined below. To make sure we're all on the same page, let's revisit how OEE is calculated:

A Bit More on Elements of OEE

Whatever you decide to use as the standard when you set up OEE in your LES system, make sure you base your decisions on data and not emotions. Use OEE as an overall indicator to point where you need to go in the plant and what questions you need to ask to ensure a comprehensive understanding of the problems.

So, to wrap up, here are some DOs and DON'Ts of using an OEE Dashboard:

Best of luck with the upcoming challenges that you face each day. I hope you're able to view your plant activities from any location and send the help where it's needed. If you are not able to do this today, give L2L a call. We can point you in the right direction and help you stick to your plan! 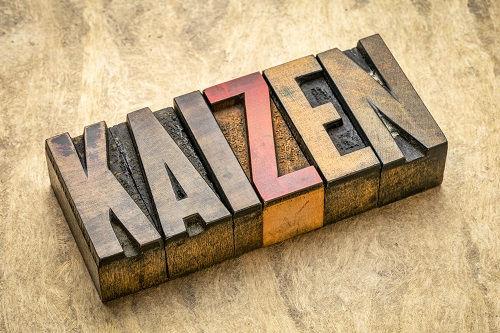 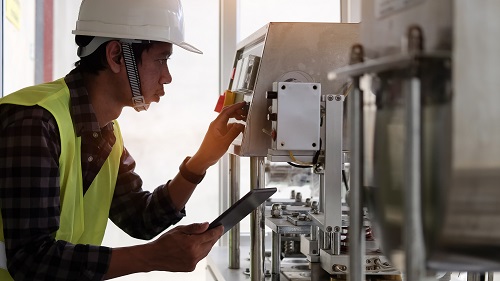 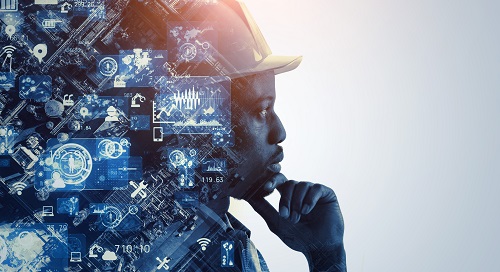