The Dumbest Idea Ever in Pursuit of The Smart Factory 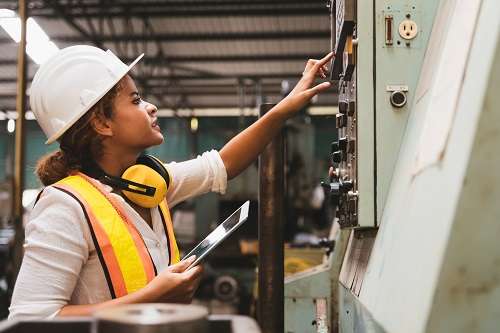 Ah, the Smart Factory! Are you having fantasies about machines that can identify broken processes and fix themselves? Are you dreaming of the day when human interaction and all of the trials and tribulations that come with employing humans in the workplace are a thing of the past?

Can you visualize a factory that runs with so little human input, it could literally be 'lights out' and still build product? Well, think again, because you are leaving out one of the most highly sophisticated technical pieces of technology the world has ever known. I am talking, of course, about the human mind.

Trust in the Smart Factory

One critical concept to to remember when creating your Smart Factory dreamland is that the human mind is the most complex, most intelligent problem solving entity on the face of the earth today. No problem ever solved has been solved without the input of the human mind. So why when we think of creating the Smart Factory, do we start with the premise of removing this incredible tool from the equation?

One key driver at the root of replacing humans for more Smart Factory technology is trust, or the lack thereof. Trust that the worker will perform their tasks according to procedure; trust that the data being reported is correct; and trust that the machine is performing as designed.

This lack of trust has always been a part of daily life on the factory floor. In a prophetic allegory from 30 years ago, there used to be a saying prevalent in manufacturing plants that went something like this, "In the future, the modern day production floor will have two employees, a person and a dog. The dog is there to bite the person should he or she attempt to touch the machine". Although the players may have changed in today's Smart Factory thinking, the moral of the story still remains the same: 'Don't Trust The Operator'.

This continued expedition down the proverbial rabbit hole of questioning the capabilities of the employee can only lead to greater and greater gaps in trust. "Psychologists call this the confirmation bias. Because of it we pay more attention to, and give disproportional weight in importance, to evidence supporting our hypotheses about the world, while downplaying or discounting discrepancies or evidence to the contrary," says an article from The Harvard Business Review. In a study conducted by the author, "Individuals who were primed to expect a possible abuse of trust looked more carefully for signs of untrustworthy behavior from prospective partners. In contrast, those primed with more positive social expectations paid more attention to evidence of others’ trustworthiness. Most important, individuals’ subsequent decisions about how much to trust the prospective partners were swayed by those expectations." (HBR - Rethinking Trust, Roderick M. Kramer, 2009)

In a recent webinar I conducted for Automotive World, I spoke about the biases (or lack of trust) we are seeing in the implementation of technology within our factories. These biases come in the form of generational gaps on what we perceive each generation can or cannot do with new technology. Younger generations have the ability to handle ever advancing and new technologies, but lack the manufacturing experience to run the production factories. While at the same time, older generations have the experience on how to run factories, build products and maintain machinery, but lack the same level of technological smarts to use the latests software. These are the biases I am speaking of.

The Smart Factory must shed the biases and engage every level of human capability to draw on generational strengths and shore up where weaknesses exist. But these weaknesses, whether technological or experiential, are far less than our current biases lead us to believe. The Smart Factory needs more than just a big dog with a big bite, it needs technological prowess and manufacturing expertise, and these things are not found anywhere else except for the human brain.

Henrik von Scheel, the man often referred to as the Father of Industry 4.0,  says, "The future of productivity will be fueled by the next wave of operational excellence, smart automation, digitalization, and complexity simplification.” One can only imagine what a tragedy it would be for all of this to happen without the input of humans.

Since the dawn of time, man has reasoned his way through the problem solving process. From the discovery of fire, the invention of the wheel, to the latest app on your smartphone, the human intellect has solved problems to increase the likelihood of survival and just to simply make life more comfortable. So the next time fantasies of a manufacturing plant without humans enters your mind, remember that it is your mind solving the problems set before it. The problems your mind conceived in the first place. The Smart Factory is a great idea, but a really dumb idea is removing the human element out of the Smart Factory. This is true both in the conception phase and during implementation, thus removing the most complex problem solving device ever created.

So, here's your "Aha!" moment, courtesy of Leading2Lean. Thanks to L2L, you don't have to make the rock and a hard place decision between people and a Smart Factory. L2L solves this dilemma by embracing the human element right along with technology. And they all lived happily ever after.

The End or just the beginning. You decide. See ya at the Factory!

Check out more of Eric's content at Leaning In with L2L.

Manufacturing can be pretty difficult, and the same challenges have persisted for businesses everywhere. Equipment...

Can a custom app change your workers' satisfaction with their job? With L2L Studio, you can create...