The 4th Industrial Revolution, also known as Industry 4.0, began in Germany. It originated from Germany's national strategy in 2009 called the “Digital Agenda” and is fueled by the collision of the digital, the physical, and the virtual worlds. Henrik von Scheel was one of the masterminds behind Germany’s digital agenda, and the originator of the 4th Industrial Revolution that ignited the global themes of today.

“Welcome to the most disruptive period in human history. Unlike anything humankind has ever experienced before, it changes everything.” - Henrik von Scheel.

Henrik von Scheel is a distinguished strategist, thought leader, author, and speaker. He works with 23% of the Fortune 500 companies. Eric Schmidt, Google’s Executive Chairman, has described Henrik as “one of the most pre-eminent strategic advisors of his generation.”

I enjoy speaking with thought leaders and learning as much as I can from as many sources as possible. So, naturally, I jumped at an opportunity in January 2020 to discuss with Henrik his perspectives on the future of productivity and competitiveness for manufacturing companies. One of the things I was interested to learn more about was the emphasis he places on the importance of human beings in successfully realizing the potential productivity gains and other benefits made possible by Industry 4.0 manufacturing technologies.

In virtually every one of his presentations, workshops, and interviews I have seen or read, Henrik has said,

“Industry 4.0 is about people and people are about change. Our greatest strength as humans is the ability to adapt and to change.”

I have also heard him elaborate, “Although the technology part of Industry 4.0 is a popular topic and tends to always get the most attention, the larger part of it has to do with people and the way we all interact with one another in a world that is now much more connected than ever before.”

Industry 4.0 Manufacturing Is All About Productivity

When I spoke with Henrik, I asked him if he would elaborate on these ideas and further explain why he emphasizes that people are the centerpiece of Industry 4.0. Henrik explained:

Our unique ability, as humans, to adapt, innovate, and collaborate is essential in the effort to successfully transform ourselves and our organizations; and, as we deploy Industry 4.0 technologies in the quest to continually improve productivity.

By considering how to improve automated and human workflows at each step along the way in the context of the complete, end-to-end workflow, the development of disparate departmental and system “silos” can be greatly reduced or even avoided entirely and greater inter-connectivity, simplicity, alignment, and standardization can be achieved across the enterprise. The result is better operational performance and greater productivity throughout the value chain.

Henrik continued, “thinking about processes in the context of the end-to-end workflows also enables an organization to more effectively identify and prioritize where to begin incorporating Industry 4.0 technologies.” Henrik referred to this end-to-end approach to prioritizing where to begin deploying Industry 4.0 manufacturing technologies as “Smart Automation” or the idea of identifying and implementing the right technologies at the right time and, in the right places.

In other words, letting the data and end-to-end thinking guide where to deploy technologies and to what extent. To deploy them broadly without considering and/or understanding the impact of each on the overall, end-to-end productivity, throughput, and performance is wasteful and really, anything but “smart.”

You Need to Be Part of Industry 4.0 Manufacturing

On his website (www.von-scheel.com) Henrik shares that the 4th Industrial Revolution brings with it rapid changes at a rate never seen before and, which affect every aspect of our lives.

“We are in the most disruptive period in human history because the colliding of the digital, the virtual, and the physical worlds offer unparalleled opportunities for growth and productivity. The future of productivity will be fueled by the next wave of operational excellence, smart automation, digitalization, and complexity simplification.”

My talk with Henrik was informative and reaffirming. For his part, he continues to do everything he can to teach his principles to as many people as possible. For our part, we will continue to do everything we can to help educate the industry and to help manufacturing firms execute on these ideas.

In future blog posts, we will share what we discussed about the importance of culture and what cultural attributes are required for a successful digital transformation. We will also cover more specifics regarding each of the elements Henrik identifies as fueling the future of productivity and which are greatly enhanced by Industry 4.0. Specifically, operational excellence, smart automation, digitalization, and complexity simplification. 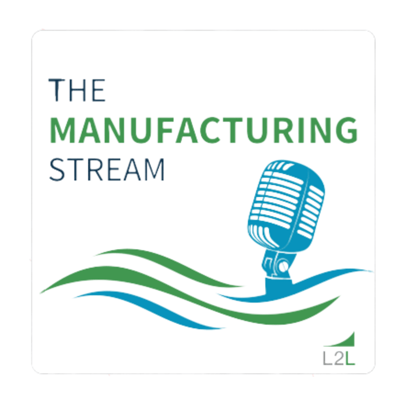 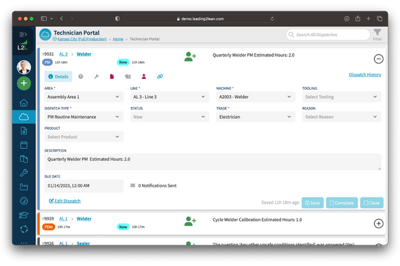